Our schools' conferences are for students and their teachers interested in finding out more about the cutting edge research happening in the field of Chemistry.

The conferences, usually held in Spring (Key Stage 4, 14-16 yrs) and Autumn (Key Stage 5, 16-19 yrs) each year, feature LIVE talks and Q&As with researchers from the Department of Chemistry, University of Oxford, as well as guests from other leading institutions across the globe.

Previous conference talks and Q&As, where available, can be accessed below.

Our next conference is planned for September 2022.

Booking details, when available, appear below:

Our 2022 Spring Chemistry Conference recorded talks and links to further Q&A are available below. 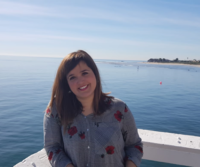 Dr Patricia Rodriguez Macia is a Glasstone Fellow in Inorganic Chemistry at the Chemistry Department, University of Oxford and a EPA Junior Research Fellow at Linacre College. She earned her undergraduate degree in Chemistry from the University of Alicante (Spain), conducting her final year and final project in Chemistry at Aarhus University (Denmark). She then moved to Germany with a prestigious Fellowship from the European Leonardo da Vinci programme to perform a practical project in the Leibniz-Institut für Verbundwerkstoffe GmbH (IVW) research institute. In 2014, she started her PhD at the Biophysical Chemistry Department in the Max Planck Institute for Chemical Energy Conversion (MPI-CEC,) under Prof Wolfgang Lubitz’ supervision - PhD work which was recognised by the Outstanding Doctoral Dissertation Award Ernst Haage Prize in 2017. After completing her PhD, Patricia took up a postdoctoral position at the Inorganic Spectroscopy Department in MPI-CEC, to work in Prof Serena DeBeer’s group, where she applied X-ray spectroscopy to study various metalloenzymes. In 2020, Patricia joined Prof Kylie Vincent’s group at the Chemistry Department in the University of Oxford as a Postdoctoral Research Associate (PDRA), where she expanded her interests to the development of infrared spectroelectrochemical techniques for metalloenzymes engaged in catalytic turnover as well as to single crystal infrared microspectroscopy. 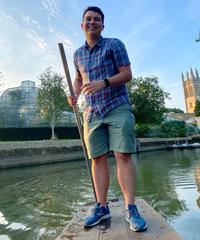 Kam Poon is a DPhil student in Inorganic Chemistry with the OxICFM CDT at the University of Oxford, working with Professor Charlotte Williams researching the 'Synthesis of next generation elastomers and engineering plastics'. In the summer of 2020, Kam completed my MSci in chemistry at UCL, achieving a 1st class Honours. Throughout his time at UCL, he particularly enjoyed learning about inorganic and materials chemistry and their applications to real-world challenges - choosing elective modules covering topics including polymers, metal oxides, thin films and catalysis. In his work, he aims to combine his love of chemistry and problem solving with a passion for environmental and sustainability issues.

Our 2021 Autumn Chemistry Conference recorded talks and links to further Q&A are available below.

Regrettably, there is some noise interference, which is particularly noticeable on Prof. Edwards talk.

Peter Edwards is Professor of Inorganic Chemistry and Fellow of St Catherine's College, Oxford. He grew up in Toxteth, Liverpool, looked after by two older sisters and a widowed mother, who held down three jobs to support the family. Peter, who received free school meals until he was an early teenager, was the first in his family to attend university, reading Chemistry at Salford where he stayed on to complete his PhD, before going on to study at Cornell University, New York, via a Fulbright Scholarship. He returned to the UK afterwards, to Oxford, as a postdoctoral researcher with John Goodenough (winner of the 2019 Nobel Prize in Chemistry), then on to the universities of Cambridge and Birmingham, before returning to the University of Oxford in 2004, as Statutory Chair in Inorganic Chemistry and Head of Department.

Dr Marie Wong is currently working for an interdisciplinary commercial company, based in Cambridge. Originally from Malaysia, Marie completed her MChem and DPhil (PhD) at the University of Oxford, the latter in Prof. Ed Anderson’s group. Her research focused on developing chemical methods for the synthesis of complex molecules, with applications in industries such as pharmaceuticals, agrochemicals and materials. During her undergraduate degree, Marie completed placements in the US at UC Berkeley focusing on palladium-catalysis with Prof. John Hartwig and at Yale University with Prof. Scott Miller, looking at peptide-catalysis. Marie’s talk will focus on her career pathway and her DPhil research.

Our 2020 Autumn Chemistry Conference recorded talks and links to further Q&A are available below:

Cures from within Q&A

Plastics from another perspective Q&A

Our teacher and technician conferences are an opportunity to meet other professionals within the beautiful and historic city of Oxford.

You'll also interact with researchers, take part in workshops, and find out more about our admissions processes.

The conference is co-hosted by the department and one of the colleges and includes an overnight stay and conference dinner.

Booking details, when available, will appear below: