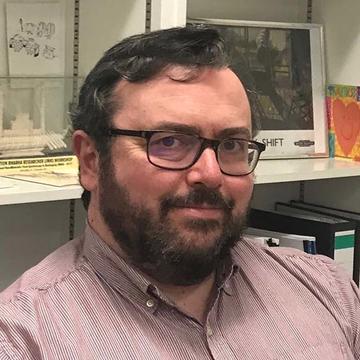 We are interested in exploiting coordination and spectroscopy to understand and exploit the behaviour of the f-elements.

Our synthetic approach to making metal complexes and arrays is defined by the need to work under kinetic control if we are to prepare more complicated architectures. We do this by using kinetically stable complexes as substrates in organic reactions, or in supramolecular and coordination chemistry. Our group has pioneered the controlled synthesis of heterometallic lanthanide complexes - i.e. complexes that contain different kinds of lanthanide ions. We use kinetically stable lanthanide-containing  building blocks to make multi-metallic structures. This can be done in a variety of ways, such aspreparing amides by peptide coupling methodologies, or by using multi-component  reactions such as the Ugi reaction or Click reactions to link building blocks together. We are also developing methods by which these methods can be used to link stable complexes  to "targeting vectors" (i.e. molecular fragments that direct a drug or imaging agent to a specific receptor or cell).

We have spent many years studying the luminescence from metal complexes, and are particularly interested in the way in which energy is transferred from a sensitiser to the emissive state, and in the way in which transient spectroscopy can be used to probe and rationalise reactivity.  We have developed techniques for time-gated imaging and lifetime mapping, allowing us to image very low concentrations of imaging agent, and allow parallel processing (i.e., the simultaneous detection of a variety of probes).  Long-lived luminescence can be separated from background signals by time-gating, allowing very low concentrations of probe complexes to be detected (at concentrations <10-15 M).

Targeting vector conjugates can also be used in imaging. The tetrapeptide tuftsin (ThrLysProArg) is specifically internalised by activated macrophages, and tuftsin conjugates with Gd3+ complexes can be used as MRI contrast agents to image inflammation. Polymetallic complexes incorporating a component which has long lived luminescence as well as one or more gadolinium ions for MRI can be used for imaging by both techniques, circumventing problems with differences in biodisctribution between luminescent and MRI probes.

Contrary to popular belief, the ligand field can have a dramatic effect on the behaviour of lanthanide complexes. We have shown how changes to the ligand donor set can have profound influence on the spectroscopic behaviour of lanthanide complexes - changing the form of the spectra (and even reversing the order of the peaks in their NMR spectra). We have been exploring these effects through coordination chemistry and supramolecular chemistry, showing that the magnetic anisotropy at the lanthanide centre can be defined by small changes in the donor set, through controlling the energy and Boltzmann population of the mj states within the ground and excited state manifold.

Stephen Faulkner is a Professor of Inorganic Chemistry and Associate Head of Department (People). His interests are focused on the coordination chemistry and spectroscopy of the f-elements, and on their application in the biomedical sciences. His research group works on a wide variety of aspects of this chemistry-encompassing synthesis, spectroscopy and methodology across fundamental and application-driven studies, and has wide ranging collaborations in Oxford and around the world involving physical scientists, engineers and biomedical scientists.

Steve has been in Oxford since 2008. Before that, he was Professor of Inorganic Chemistry at the University of Manchester (where he was previously a Lecturer and Reader in Inorganic Chemistry). From 1998-2001 he was a Lecturer in Chemistry at the University of Surrey, having been an Addison Wheeler Fellow in Durham from 1993. Steve did his undergraduate degree in Oxford, followed by a DPhil on cell calcium in the Oxford Centre for Molecular Sciences (supervised by Josephine Peach, Trevor Powell and Andy Pratt). He grew up in the Lake District near Keswick and now lives with his family in a much flatter but equally rural part of West Oxfordshire.

Steve’s work has been recognised by the Corday Morgan Medal (2008) and Bob Hay Lectureship (2009) of the Royal Society of Chemistry, and also as Troisième Cycle Conferencier by the Swiss Chemical Society.